Tyrrells was founded in Leominster, Herefordshire, in 2002 by farmer and entrepreneur William Chase.Within several years of its creation, Tyrrells expanded its market into Europe and later into the U.S. Tyrrells has received numerous awards for the taste and quality of its crisps, both in England, as well as internationally.

Spider was approached by Tyrrells - the premium English crisp brand - to raise awareness for its range of snacks. Spider took Tyrrells through three sales, launched a series of NPD and were responsible for creating the Red, White and Blue Crisps in honour of the Jubilee, Cricket Tea Crisps and Red and White 'Merry-Crispmas' festive crisps. 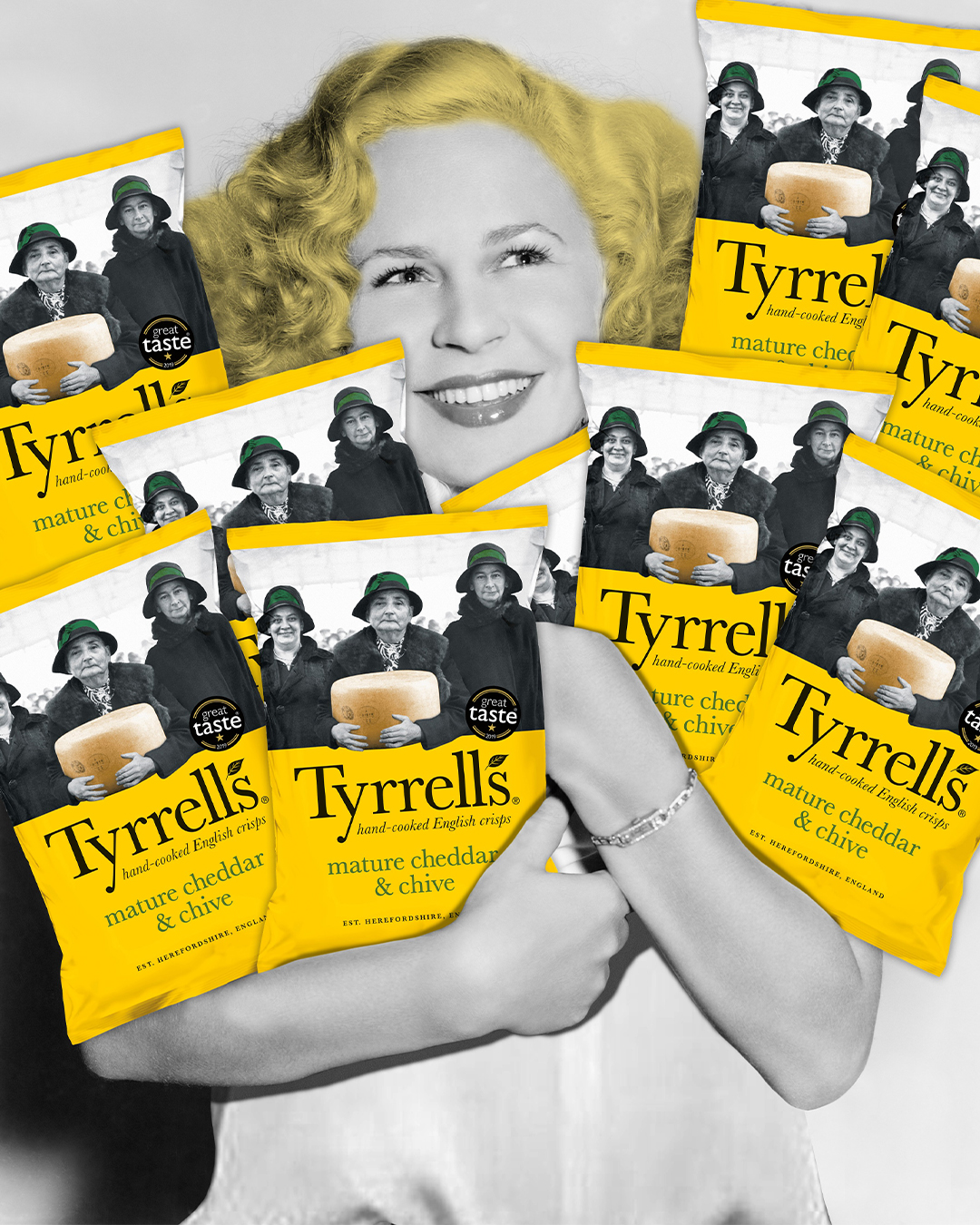