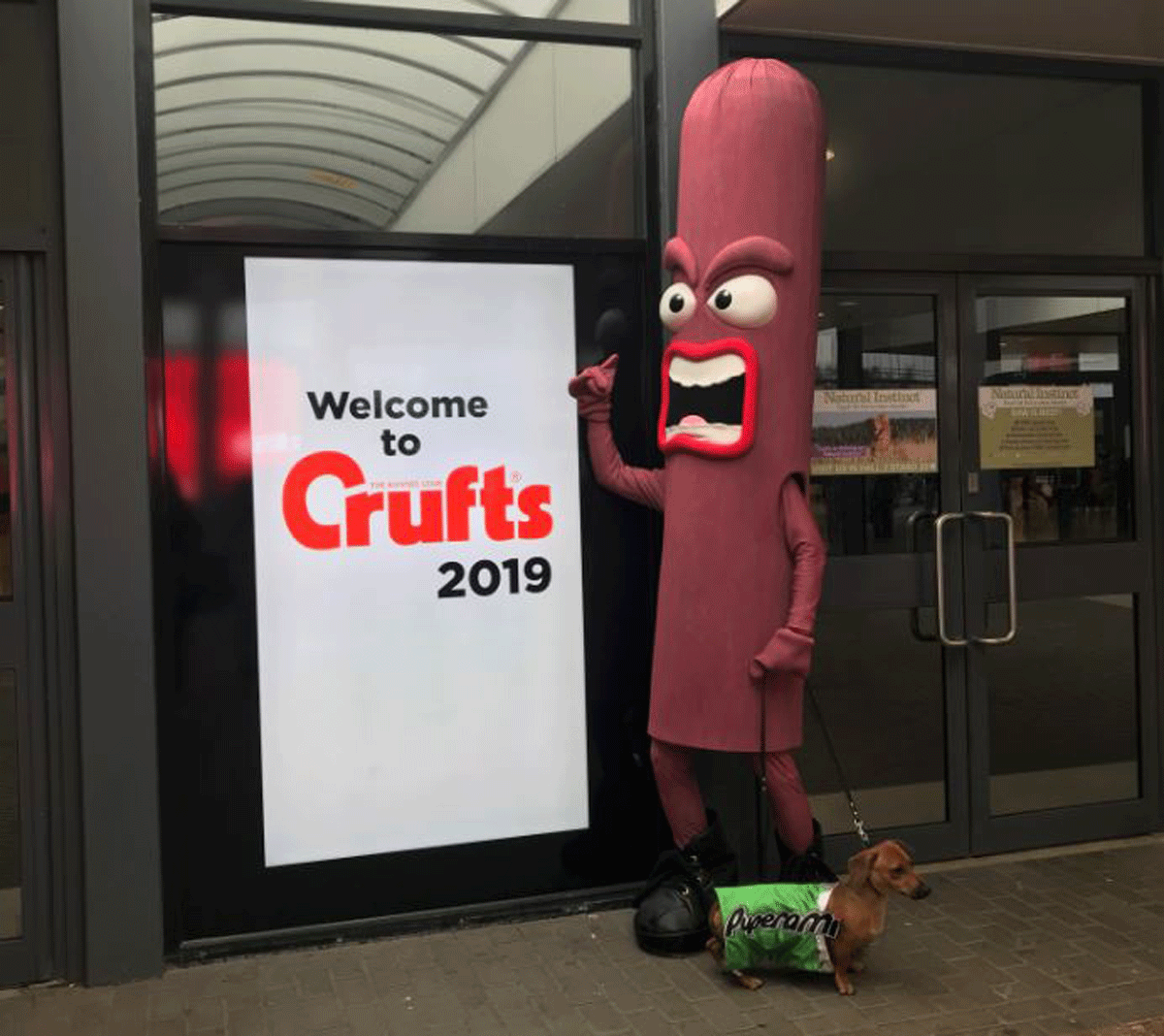 There’s no denying that, as a nation, there’s nothing we love more than dogs. In fact, there’s a whopping 8.9 million doggos kept as pets in the UK alone.

And it looks like we’re particularly fond of the doughty dachshund. In the past five years, Weiner registrations have increased by 80%. They also made it into the list of the most popular dogs (a respectable 9th place) and we know that they are particularly popular on social media.

Whilst he might be a meathead, Peperami’s Animal is no exception. He’s been wanting a furry friend for quite some time, and we wanted to give him one. Brave, animated, charming, occasionally very loud, we knew that a Dachshund would be the perfect animal for our Animal.

So, with Crufts on the horizon, we decided to treat him to a woofer of his own.

We couldn’t think of a better place to introduce the pair than at Crufts. We sent Animal and Puperami off to do some bonding in Birmingham and meet other woofers (as well as the general dog-loving public.

On the day, we captured tonnes of content of the dynamic duo out and about around the Crufts stadium, creating stories and social media content targeted towards a doggy-loving audience.

We even ran a competition following the big day, offering one lucky fan the chance to get their paws on their very own Puperami costume. Needless to say, it went down a storm. Photos of sausage dogs flooded in.

The Puperami campaign ran for a week and:

In addition to some solid numbers, we had engagement from the likes of the Evening Standard and dachshunds across the nation.

They say that every dog has his day, and Puperami certainly had his. Whilst we weren’t allowed to enter Puperami into any Crufts competitions, he was still the best Weiner in show. We were just sad the day couldn’t last furever.