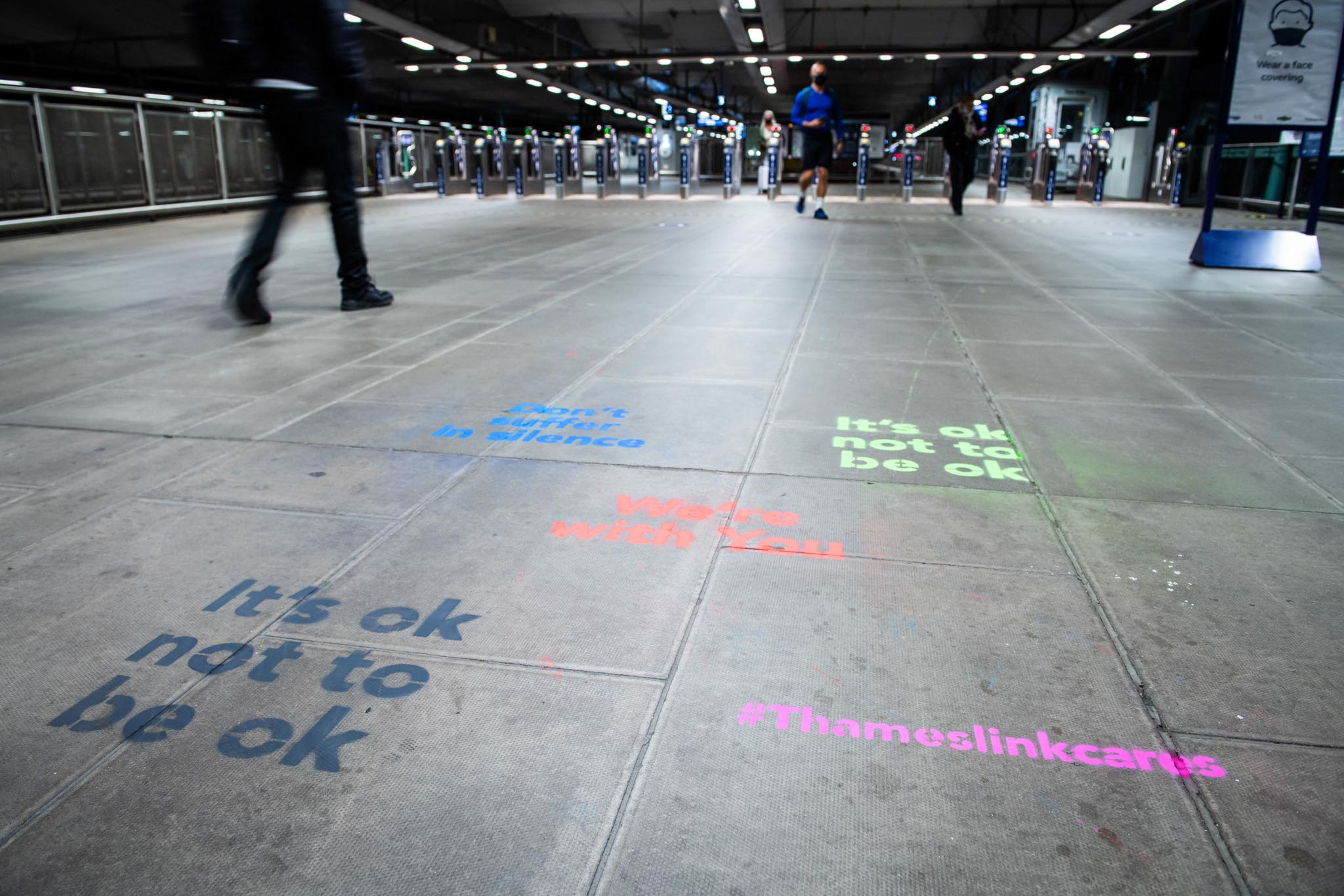 GTR challenged Spider to create a meaningful, longer-term activation with multiple strands of activity, and people at its core while keeping in mind the sensitivities surrounding the theme of suicide. After some deliberation, the campaign was coined “Affirmation Art”.

The client wanted to focus on enhancing community messaging, making colleagues and passengers feel ‘loved’, while generating that sense of community; encouraging people to support others while creating a more human feel and face to the brand.

Spider worked alongside GTR’s comms, public affairs & Suicide Prevention teams to make this project a reality from the ground up. Working to deliver multiple strands of activity in a highly regulated environment including time-lapse videos, overnight photography, broadcast days and overseeing the graffiti artists as they painted the stations with positive affirmations overnight.

After weeks of planning and creating visual assets the campaign began in the early hours of 10 September as a team of artists begin spraying motivational messages in chalk across station entrances and exits. The chalk clusters aimed to offer support and spark discussion around this incredibly important subject, helping to give passengers and staff a positive boost.

The Affirmation Art was displayed across four of GTR’s stations in a variety of colours as well as being mirrored across the entire network’s customer information systems on board trains and at stations. The physical stencils and imagery from the day will remain hung in stations and GTR sites UK-wide, serving as a continued show of the operator’s focus on suicide prevention 365 days a year.

The campaign was a great success, with over 309 pieces of coverage, including numerous TV & radio interviews, social media amplification, organic and multiple key MPS engaging with the campaign.